The PNEUGUN Silo Cannon is a Finnish made, high-quality compressed air gun, which is used to improve the silo material flow of the discharge phase. The PNEUGUN Silo Cannons have been manufactured in Finland for more than thirty years, and are used successfully in the various industrial sectors for solving problems of unloading bulk material, such as coal and limestone stored in silos. 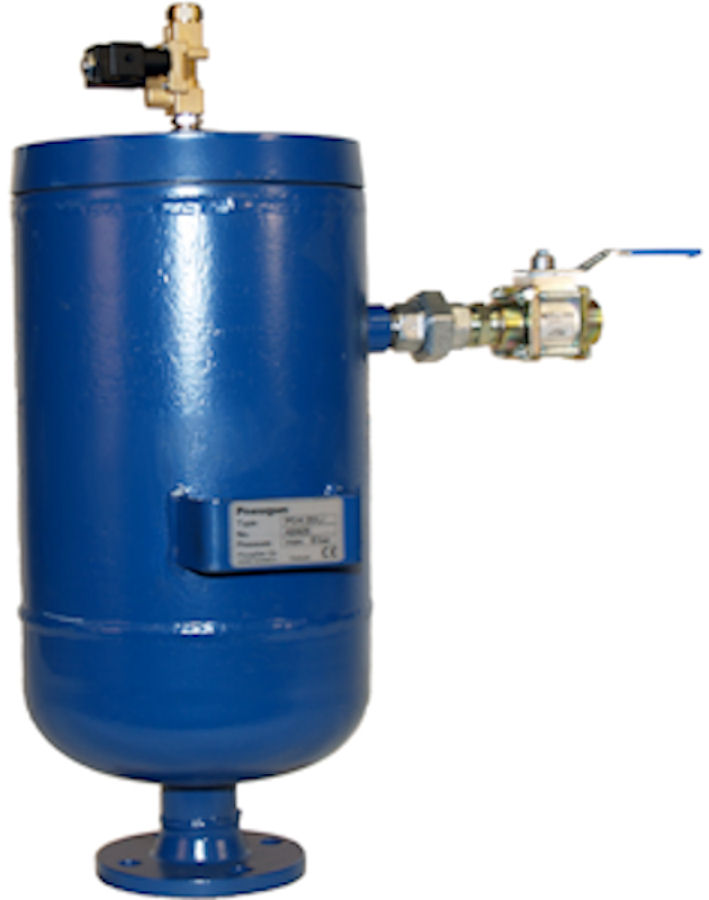 Call us, and we tell you more!

The PNEUGUN Silo Cannon is used to improve the silo material flow of the discharge phase. Handling of bulk materials does not always go without problems and jams can often be expected. The Silo Cannon is designed to remove blockages and promote material flow in different silos, transport pipelines, and boilers. For example, in fluidized bed boilers, and other such installations, the bed sand removal can be enhanced by the pressure impulses of the Silo Cannon, in order to avoid breaks in the continuous production process.

The PNEUGUN Silo Cannon was developed by Pneuplan Oy as a pressure device developed for the production of gas unloading, which structurally consists of the pressure tank and the actuating system built into it. The medium used in the apparatus is often air, but the structure also allows the use of other inert gasses, such as for example nitrogen.

Pressure equipment for similar uses has been developed over the decades. The pressure impulse produced by these older devices is traditionally developed by a piston, which causes the impulse. However, the disadvantage of the piston model is the large mass of the piston, which slows down the formation of the impulse. The PNEUGUN is equipped with an actuating system which is implemented by a membrane. Due to a lighter actuating system, the gas is discharged faster, and PNEUGUN produces an explosive shot. The membrane operating actuating system allows obtaining an impulse even in a second when the piston model takes approximately 10-15 seconds depending on the size of the gun. The cannon usually develops a rapid series of pulses, which have been found to be an effective method for removal of blockages. The PNEUGUN Silo Cannons have been manufactured in Finland for more than thirty years, and are used successfully in the various industrial sectors for solving problems of unloading of bulk material stored in silos.